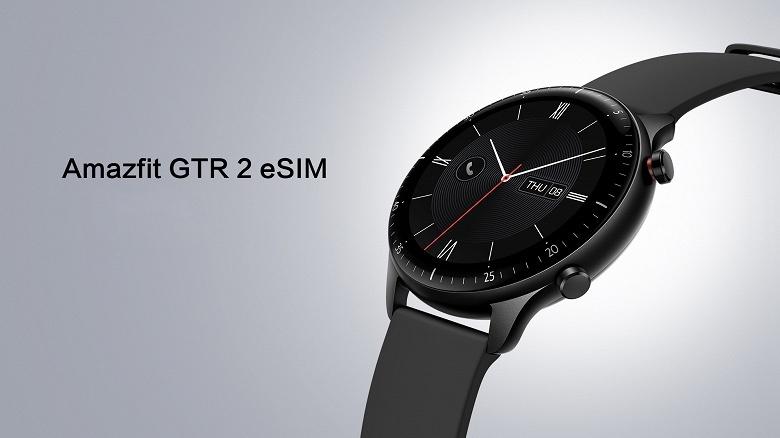 Amazfit has released its new smartwatch – Amazfit GTR 2 eSIM. As the name suggests, the device is an improved version of last year’s watch, but this time supports smartphone-agnostic calls.
According to company representatives, the new product is capable of connecting to fourth-generation networks. Simultaneously, according to MyDrives, they can also make calls and receive SMS messages – all without having to keep in touch with a smartphone.

The first country to introduce the Amazfit GTR 2 eSIM will be China. The cost of the device there is set at $ 305 (23.2 thousand rubles).

As for the “iron” component of the watch, there are no surprises here. The device received a 1.39-inch AMOLED display with a resolution of 454 x 454 pixels. It also has an NFC module, 90 sports modes and the ability to work from a single charge for up to 14 days.