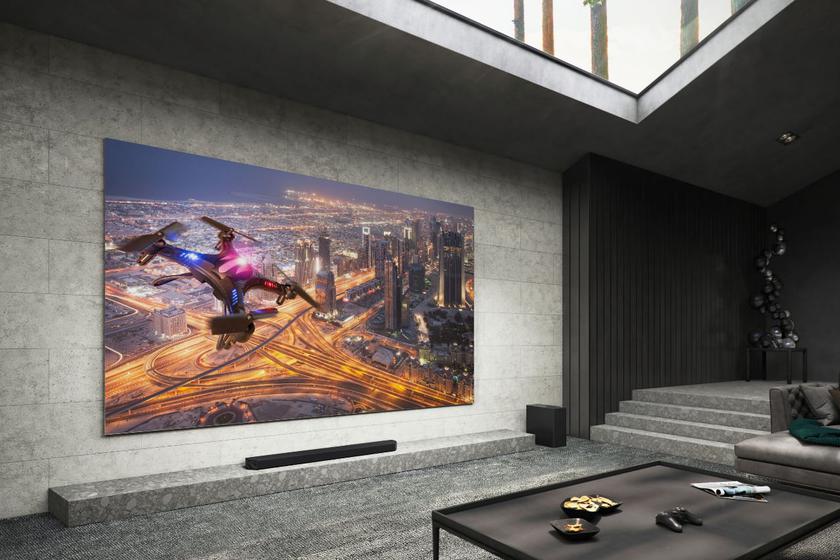 The technological advances in TVs over the past couple of years are as exciting as they are for smartphones.

Over the past decade, televisions have revolutionized how we look at them, moving from TV screens to home media centres. They acquired the facility to control smart home appliances and received voice control. The planet-wide pandemic has given TVs an extra leap. And today their capabilities have begun to surpass the wildest dreams of the SmartTV concept, which turns ten this year. Samsung has gone the farthest in this direction. So it is easy to follow through its example all those tremendous changes in TVs that ten years ago looked like pure fantasy.

The first computers were connected to the TV as a monitor. It became standard to use a different monitor for the computer with the advent of the IBM PC. When the computer became the primary device for watching films, and the video card acquired an HDMI output. And it began to display the playback of movies or series on the TV screen, the sizes of which have consistently outstripped (and continue to be) the size of computer monitors. Finally, there begins when the TV gets the opportunity to exclude the computer for games or movies and work. Connect the Internet, the wireless mouse, and a wireless keyboard. Now you can remotely attach it to your work computer. Even connect directly to Google Docs or Microsoft Office 365 cloud services. And work comfortably on the big TV screen from the comfort of the living room. The feature is available on Samsung 2021 TVs and the Smart Monitor range. To work, install the Easy Connect app on your TV, smartphone (or computer). Samsung smartphone users can use their Galaxy with Dex without any problem.

Advances in artificial intelligence in machine learning and the use of neural networks in modern devices are already inarguable. Neural networks trained on millions of images increase video resolution in real-time. Also, that reduces image noise and make it more contrasting and more straightforward. The different neural networks are trained for other tasks. It admits scenes, real-time video stream resolution and does the job of improving resolution, clarity, and contrast and reducing noise and blur. Samsung calls this solution the Multi-Intelligence Neural Network. Accordingly, using 16 different neural networks to solve various image improvement tasks instead of improving the image even compared to last year’s TVs. The day will come near us when televisions will be able to perform.

3. The magic of Micro LED and Quantum Mini LED

The best TVs were capable of ten years ago with the ultra-modern TVs of 2021. Modern TVs not only have higher resolution (and, accordingly, greater clarity and detail) – 4K and 8K compared to FullHD, but also provide contrast, higher brightness, and black depth. A revolution awaits us this year with the miniaturization of LEDs used in televisions. What is the difference between Quantum Mini LED and Micro LED?

Micro LED TV uses 24 million (!) LEDs are ranging in size from tens to hundreds of micrometers. The brightness of each is individually adjustable for crisp images with deep blacks and extremely high intelligence.

Samsung calls these LEDs self-luminous, which gives them higher brightness than traditional LCD TVs. They do not need an additional color filter and illumination. It creates composite screens during concerts and performances. In 2021, Samsung is launching its first Micro-LED consumer TVs with giant screens ranging from 77 to 110 inches!

The difference of screens with Quantum Mini LED

That increased the LEDs emitted the quantity of light (rather than from the side). The diffusion effect is reduced. Another advantage of the microlayer is the reduced optical path for the light to form the image. The result is greater clarity, less blur.

By reducing their size, it has become possible to further reduce the TV panel’s thickness and achieve better black depth performance: enhanced contrast and peak brightness. The TVs use the Neo Quantum processor with its 16 neural networks for processing. Quantum Matrix technology has made it possible to switch to 12-bit 4096 grayscale instead of 10-bit in previous generation TVs.

The next valuable thing in TVs after images are – sound. The sound of TVs has also changed radically over the decade. It’s not even about supporting Dolby Labs’ sound processing technologies (although they certainly play a role too). And not only that, we began to install soundbars next to our televisions – speakers specially designed for use with televisions. The sound capabilities of modern TVs allow you to localize an object on the screen. Creates an acoustic effect thanks to locally located sound sources behind the screen. Samsung calls this technology Object Tracking Sound. And all sound connoisseurs need to pay attention to TVs that support it.

The SpaceFit Sound is dramatically changing the perception of TV sound. That is used in Neo QLED TVs, works in conjunction with a soundbar (which is another reason to buy one). Thus evaluates the acoustic scene of a room using microphones, and adapts the best TV sound result. For example, remember how excellent the algorithms for evaluating external sound work in modern TWS headphones (for example, in the same Galaxy Buds Pro). So, it is evident that the facilities of the TV speakers are much higher. The Samsung TV speakers can interact with the soundbar. Also, that enhances the sound thanks to the Q-Symphony feature. And it is out of the question not to fall in love with technology such as Active Voice Activation. That allows you to increase the volume of dialogues on the TV when a noise source (for example, a working vacuum cleaner) appears in the room. The advantage of modern technology is TVs that could not be ten years ago.

Home TVs are ingenious ideas from Samsung that have forever changed the way we think about these devices. And this gave impetus to a new round of organic integration of technologies and interiors. That probably begins with the appearance of household appliances built into kitchen furniture: refrigerators, washing machines, and dishwashers, ovens with microwave ovens. And the developers of The Frame TVs went even further. They opened up new horizons for integrating these TVs into our interior with the help of unique modular My Shelf shelves.

Serif TVs have also contributed to history – their customers are so happy with their purchase that one in five customers post their serif photos on social media. Ten years ago, no one would have even thought about it.

The Terrace series TVs are capable of becoming a part of our life shortly – they will be bought by the owners of cafes and restaurants with summer areas and hotels. Also, the TVs have an anti-reflective coating. And there is protection against splashes of water according to the IP55 class and resistance to work at high temperatures.

6. The Laser projection of TVs

The direction of projection televisions is developing – the synthesis of television content such as the high-tech Samsung Premiere. That is the industry’s first 4K 3-laser projector.

It can be installed at the height of 5 centimetres on any sturdy wall in the room and capture images up to 130 inches diagonal. By the way, there are a lot of all kinds of by-product categories around projectors, for example, roll-up motorized screens. That is something to think about for Premiere. Especially if your home is as immodest. In fact, there is a projector inside and acoustics with speakers according to scheme 4.2 with a total power of 40 W! Like the 2021 Samsung subwoofers. Also, it supports the Tap View function.

In Samsung Micro LED TVs (that they have such giant diagonals), there is a Multi-View function. That allows you to divide the TV screen into four parts and display an image from its source for each. You can play simultaneously, watch the game progress stream. Thus follows some news (or stock quotes if you work as a broker remotely).

Gamers don’t just love to use broad, curved monitors (like the Samsung Odyssey G9). Such monitors allow you to expand the viewing angle in the game, thereby gaining an advantage over the enemy. In 2021, Samsung Neo QLED TVs introduced a special Super Ultrawide game mode. And the diagonal of the image on 65-inch TVs will be 59 inches. That exceed the image size even on the flagship 49-inch of gaming monitors. The new TVs also support Freesync technology, and the Neo QLED series is the world’s first Freesync Premium Pro, which promises minimal lag in games and gives you a smooth, jerky picture.

Samsung TVs in 2021 will have a solar-powered remote control with a built-in battery. As the world is increasingly concerned about the environment. The Samsung TV solution will prevent 99 million AAA batteries from wasting over the next seven years, which can cause serious harm (if not properly disposed of).

Finally, another brilliant design idea, which is also related to ecology, is creating packaging for TVs in a constructor.

Every new year brings us new generations of technologies and new impressions from various devices. Compared to those same smartphones, TVs were pretty slow devices that didn’t promise revolutions every year. But it was like that before. The events of 2020, which quarantined the entire planet, forced billions of people to stay home. Their time in the TV market has skyrocketed, prompting TV manufacturers to accelerate their development processes and transform modern TVs into something new.