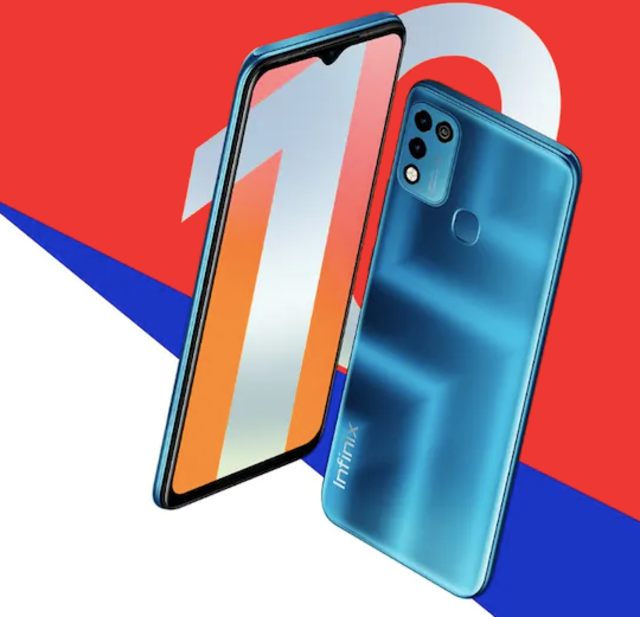 Infinix has announced in India a new budget smartphone that has entered the company’s line of “hot” smartphones. Infinix Hot 10 Play is the company’s latest offering to expand its portfolio of affordable smartphones in the country. The strengths of this device are its large HD + display and a massive 6,000mAh battery.

Hardware and Software Features of the Infinix Hot 10 Play The Infinix Hot 10 Play uses the updated MediaTek Helio G35 processor. It’s worth noting that it was launched outside of India with an Helio G25 processor. The octa-core processor is paired with the PowerVR GE8320 GPU. The device is announced with 4 GB of RAM and 64 GB of internal storage. It is also possible to expand storage using a microSD card.

At the front, the Infinix Note 10 Play features a 6.82-inch waterdrop notch display. The IPS LCD has a resolution of HD + 720 x 1600 pixels and an aspect ratio of 20: 9. That is equipped with an 8-megapixel selfie camera with an f / 1.8 aperture, which also helps with video calls.

That’s features a triple rear camera module with a 13MP primary sensor with f / 179 aperture and a pair of AI-enabled cameras. Other key features include Android 10 OS with XOS interface. The company is expected to update the firmware to Android 11, but there is no exact timetable.

The Infinix Hot 10 Play also has a physical fingerprint scanner mounted on the back for security. The device also has a face unlock protection feature. 6000mAh rechargeable battery powers the phone. It comes with standard 10W fast charging support. The Infinix Hot 10 Play can be purchased for Rs. 8.499. That’s the cost of just 4GB of RAM and 64GB of storage configuration. It is going on sale on Flipkart from April 26th. Available in Purple, Aegean Blue, and Obsidian Black.

OPPO A94 5G smartphone: all the details on the eve of the release in Europe