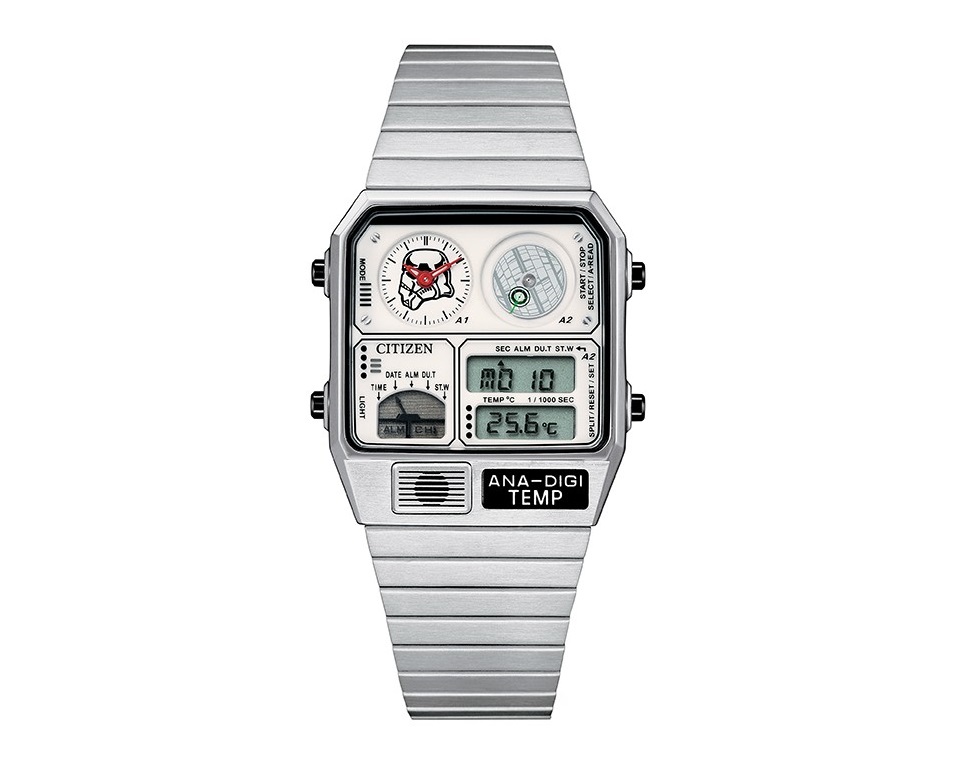 The Japanese company Citizen has released a line of watches under the Ana-Digi Temp brand, dedicated to the Star Wars franchise. The lineup will be called Ana-Digi Temp Star Wars.

The manufacturer offers fans several models associated with a specific hero of the epic: Darth Vader, Boba Fett, R2-D2, C3PO, Stormtrooper, and BB-8. The watch case has the Star Wars logo, and there is a hero’s portrait on the case back. The dial has a square shape and has a spaceship dashboard from a science fiction movie.

Also, the clock has both analogue and digital interfaces. In addition, the owner of the watch will have a stopwatch, alarm clock, calendar, and digital thermometer. Thus aim a conventional wristwatch for fans of the universe created by director George Lucas.

The Citizen Ana-Digi Star Wars collection will reportedly hit the market this fall. Presumably, the minimum price for the watch will be $ 350.