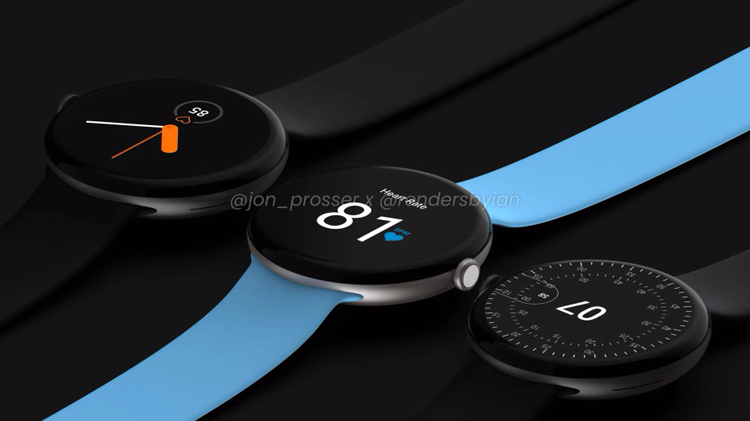 High-quality renders of brilliant watches Pixel Watch have appeared on the Internet, which is announced by the American IT giant Google in the second half of this year.

Also, images are based on information provided by reputable analyst John Prosser (John Prosser). Previously, he has repeatedly shared reliable information about the upcoming new products from the world of computer devices and gadgets.

Released data suggests that the Google Pixel Watch will feature a round display with touch support. They will go on sale with different versions of the case and a large variant of straps to choose from (about 20 pieces).

On the right side, there will be a physical rotation control button. There is a chance that the hardware platform will have a customized Google chipset.

Operating system: Wear OS with a modified user interface. The renders show their features – they were studied by John Prosser.

The watch collects data on the wearer’s physical activity and vital signs. In particular, the gadget can measure the heart rate—the official presentation in the fall – presumably in October.

Upcoming Smartwatch 2021: The Exciting Devices We Are Waiting For

“Amazfit Bip U Pro Smartwatch With Built In Alexa”