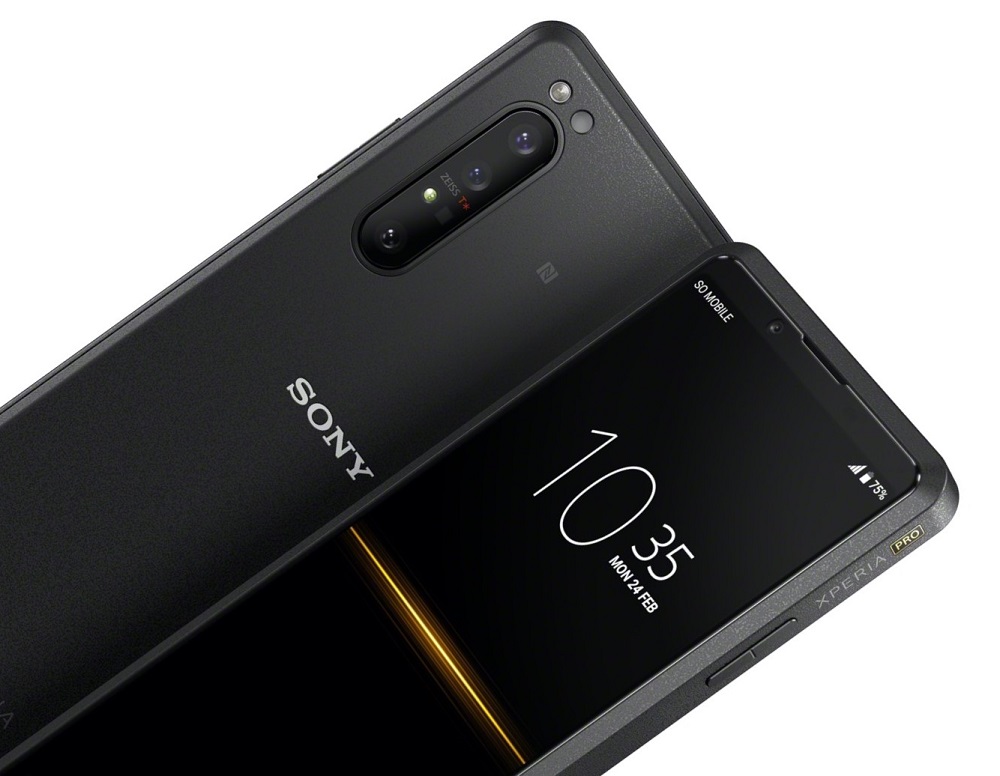 Recently, there was an announcement of the Sony Xperia Pro smartphone in the US, and now the company released the new product in Europe.

The device is now accessible for pre-order in countries such as the UK and Germany for 2,499 euros. The start of sales will take place on May 13 or 14.

The Sony Xperia Pro smartphone is intended primarily for videographers, filmmakers, and streamers. However, you can connect the smartphone to Sony Alpha cameras and use it as an external monitor through the built-in micro HDMI connector.

That has a 6.5-inch widescreen OLED display with HDR support, the resolution of which corresponds to the 4K format. The Snapdragon 865 processor and 12 GB of RAM are responsible for the performance of the gadget. The built-in flash memory is 512 GB (there is a MicroSD slot up to 1 TB).

Other equipment of the smartphone includes a triple camera with 12 MP sensors, a 4000 mAh battery, and a 5G modem. In case, the gadget can protect from water and dust (IP65 / 68).