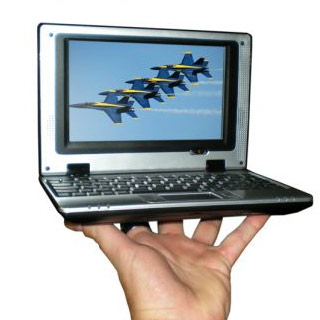 Gemini Lake family processors, introduced in December 2017, is designed for the entry-level desktop and mobile device segment. They have low power consumption, so they can be found in low-cost computers, laptops, and mini-computers. Here we will consider mini-PCs with processors of this family.

Shuttle DL10J also has passive cooling. Equipped with a dual-core Intel Celeron J4005 processor, a 2.5-inch drive bay and an M.2 slot for an SSD drive. Supported RAM up to 8 GB. Read More

Barebone Mini PC Model The GB-BLPD-5005, from the Gigabyte Brix S series, is equipped with a Pentium Silver J5005 processor. Thanks to the presence of the Intel Dual Band Wireless-AC 3168 module, there is a dual-band Wi-Fi 802.11ac. There is a USB Type-C port, mini-DisplayPort 1.2a and HDMI 2.0a.

Mele PCG02 GML3 is designed as a keychain computer. The versions with Celeron N4000 and Celeron N4100 processors are available. There is support for HDMI 2.0, HEVC (10 bit) video formats and VP9, ​​which makes the computer suitable for use as a home media center.

ECS Liva One Plus SoC

LIVA One Plus SoC is not the smallest among mini-PCs, but it can accommodate two SATA-drives, as well as 7 USB ports. You can choose from several Gemini Lake processors: Celeron J4005, Celeron J4105 or Pentium J5005. Intel UHD Graphics can play 4K video, making the computer suitable for use as a media center.

ECDREAM V6B has an unusual appearance and looks more like a smart speaker. Inside is an Intel Celeron N4100 processor, 4 GB of RAM, an eMMC 5.0 drive with a capacity of 64 GB and an M.2 slot. At the base there is a stereo speaker, and at the top are a webcam and microphone.

One more a pico version from Zotac, but with a dual-core Intel Celeron N4000 processor and fewer ports. Otherwise, the specifications are similar to the ZBOX PI335 pico.

Kodlix GN41 has fairly standard specifications (Celeron Processor N4100, 8 GB of RAM), but among other similar models it is distinguished by the fact that versions with both Windows 10 and Ubuntu are available for it.